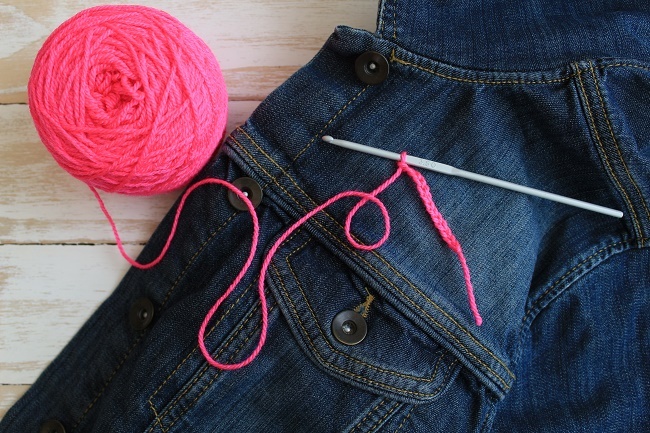 In september I visited Yarndale with two of my best crochet pals, Chrissie who you may already know as Chrissie crafts and Sarah who you will know as Anaboos House. Way back then I also promised you a review of the trip. Did you think I had forgotten?

Well I have a suprise for you. This is a first for me here on LDJ. So without further ado may I introduce to you my first guest blogger Chrissie who will fill you in on all the details…take it away Chrissie

There once were three hookers at Yarndale
Whose love for artisan yarn was off the scale
Girl Gang jackets they wore
And on the last day they swore
They’d return next year without fail!

Ah, Yarndale…I’m still riding a wave of hooky camaraderie, weeks after the delectable yarn extravaganza in north England ended. (The word ‘show’ just doesn’t cover it!) A yarn-addicted trio – Sarah from Annaboo’s House, Ashley here at Lazy Daisy Jones and lil’ ol’ me – ventured the long drive north for the weekend.
I’ve never been to a show quite like Yarndale. The entire venue was buzzing with excitement, a definite party vibe, with smiles all round and greetings and hugs galore. This wasn’t just celebrating artisan yarn, it was reveling in creativity and community. Passionate producers and equally passionate visitors – hookers, knitters, stitchers, weavers… 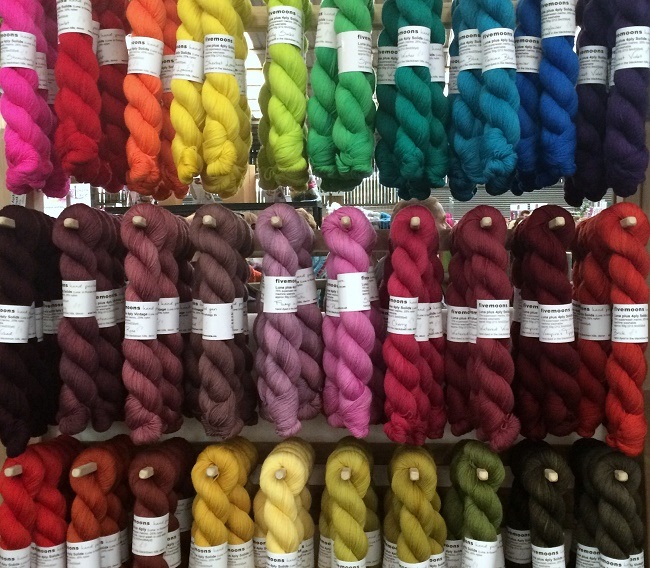 Or have such support when you justify just one more purchase of exquisite yarn!

And then there were the artists (I’m not calling them ‘vendors’!) and their stalls.

We were all like kids in Willy Wonka’s factory!
At the end of the first day, the three of us popped the bubbly and celebrated our adventure,
complete with a show and tell of our purchases.

The next day we returned to get those final items we ‘ummed’ and ‘ahhed’ about the previous day, including crochet accessories and gifts for friends. 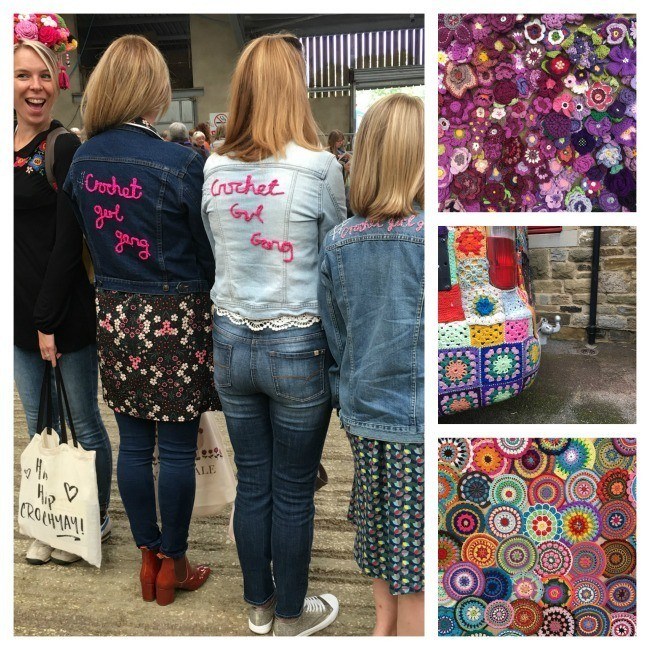 It was all over too soon! Goodbye hugs and promises to meet up again soon – we are all hooked together with a zealous crochet connection! Our story is not over yet… 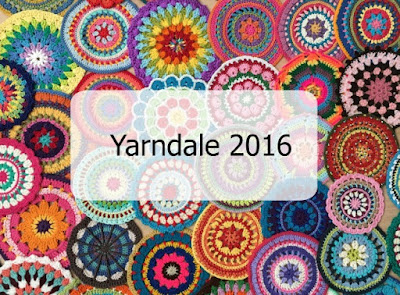 Big thanks to Chrissie for guesting today!

A perfect Crafternoon with Laura Ashley…

Show and Tell a Look Back at my November.