Hardy Amies. A Book Reveiw for sewing and fashion fans 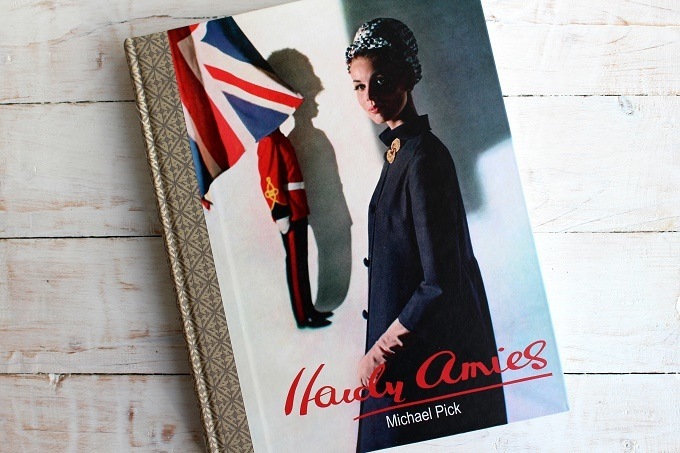 This beautiful book has been on my wish list for sometime. Luckily for me it will now sit happily on my book shelf. I thought you may like to have a look through the pages with me?

I studied history of fashion at college and have remained fascinated with the subject ever since.
The fashion designers and couturiers that survived the war and went on to conquer the international fashion world are the ones that capture my imagination…

Amies was born in Maida Vale,
west London. His father was a civil servant working for the London County
Council, and his mother was a saleswoman who, until her marriage, worked at a
court dressmaking establishment in Bond Street. 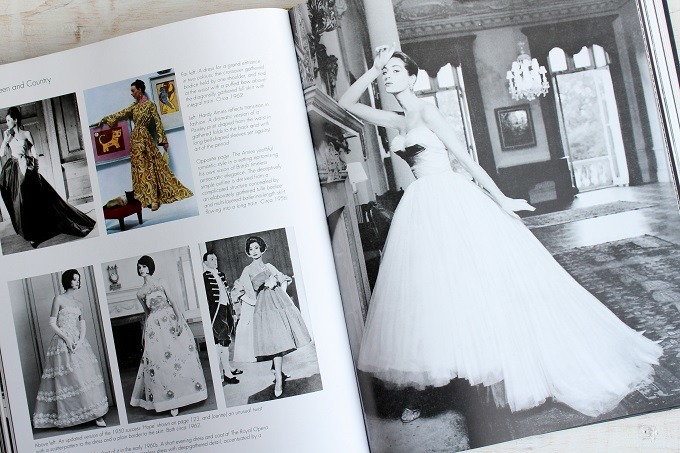 He also had a sister and a
brother who had Down’s syndrome.

Amies was educated at
Brentwood school, Essex, where he made a name for himself in school theatricals
playing female roles. He left in 1927, and was interviewed for a job by the
editor of the Daily Telegraph, who advised his father to spend money on sending
him abroad, rather than to university. 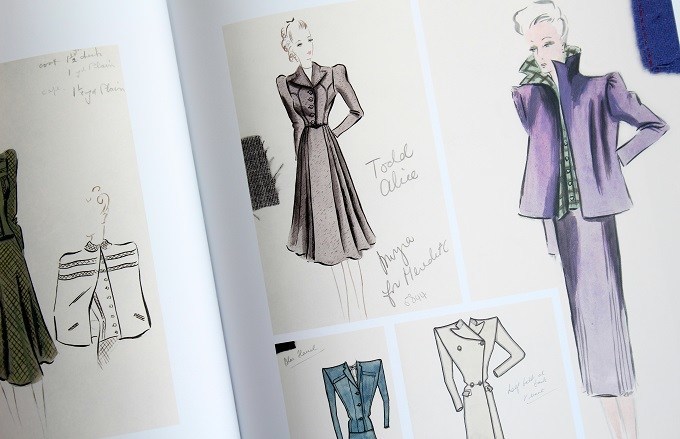 Amies did not initially go
into the fashion world. He had a gift for languages and travelled to
Antibes to train as an English teacher before spending several more
years tutoring in France and Germany. 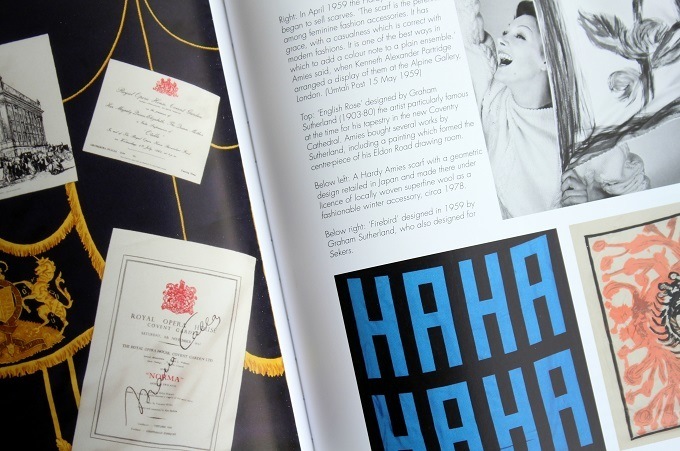 In 1955, Hardy Amies became
one of the Queen’s dressmakers, by appointment, considered at that time to be a
great accolade. He had been supplying her with clothes since her Canadian tour
of 1950. Whereas Norman Hartnell, the doyen of royal dressing at the time,
concentrated on her evening dresses. 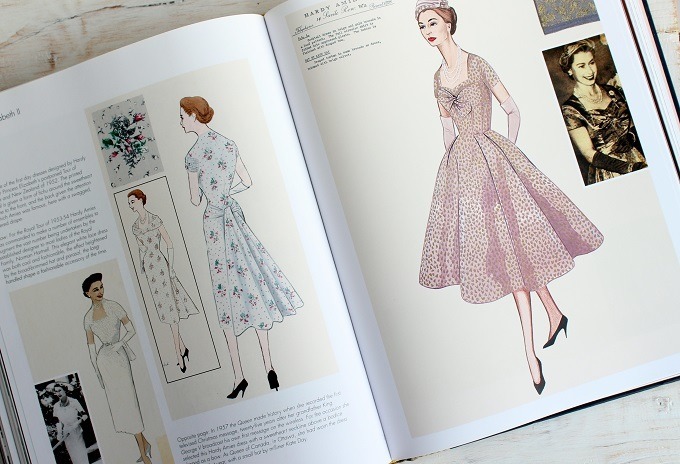 The Queen and the couturier got on
famously: every Christmas he would send her stuffed animals, which
she would place on the piano at  Sandringham. But away from
the formal attire he was designing for the monarch Amies was
also creating jaw-dropping outfits for the film industry.

Amies became very
wealthy, with homes in London and Oxfordshire, where he created a
beautiful garden which he shared with his long-term partner Ken
Fleetwood, design director at the company. 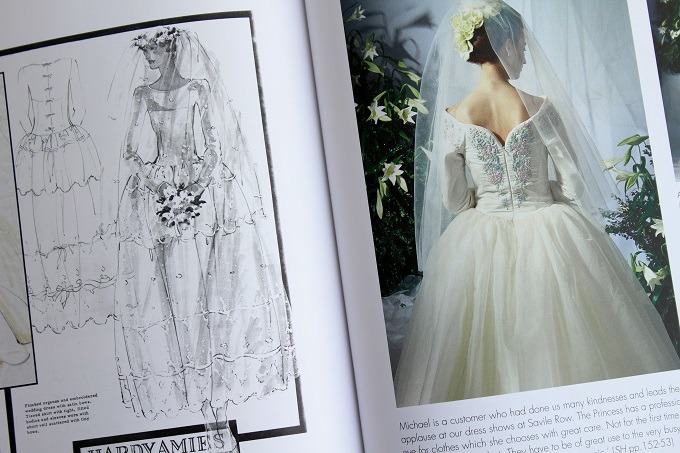 Amies was knighted in
Britain in 1989, retired in 2001 and died two years later. The
business is now solely a men’s tailoring business but reminders of
the glory days are there for all to see. 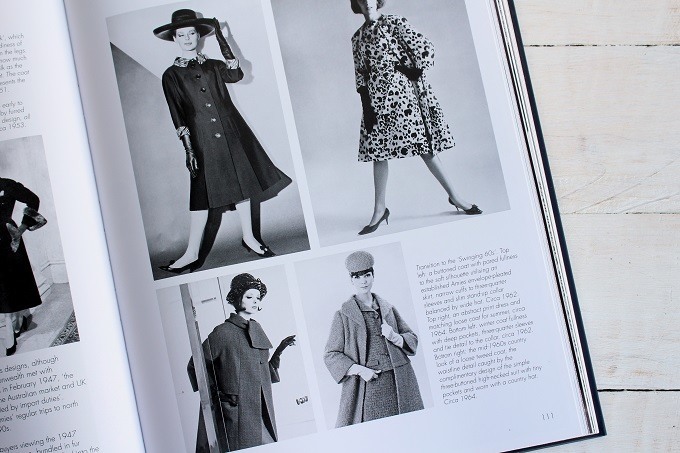 I admired the subject of this book so much, I found an autobiography on Amazon for 0.01p!

Both books are presently sitting on my bedside table. 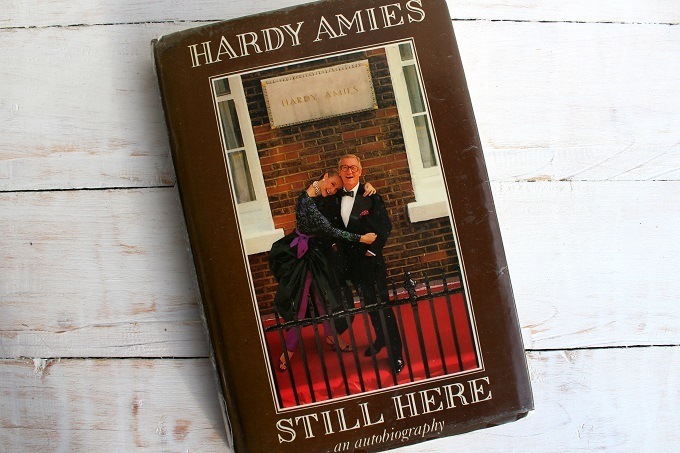 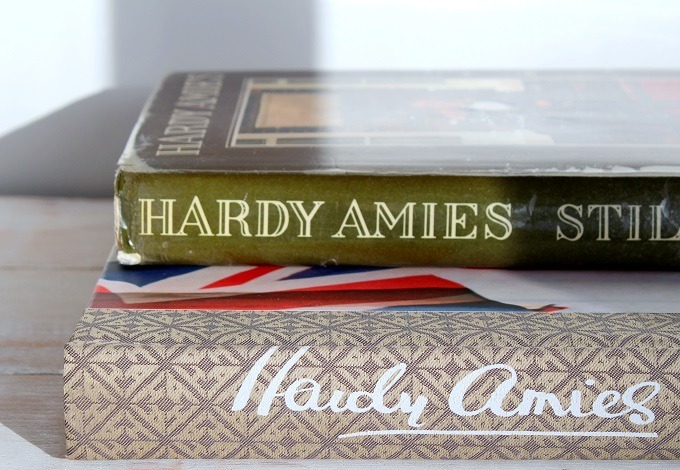 Did you get any good books for Christmas? if so are they on your bedside table or is that a nosey question?

A Magical Hour With Florence Balducci At Anthropologie London

My Year of Blogging in 2017 was Simply the Best!

The story behind the pictures: February

A revamped corner of my sewing room.