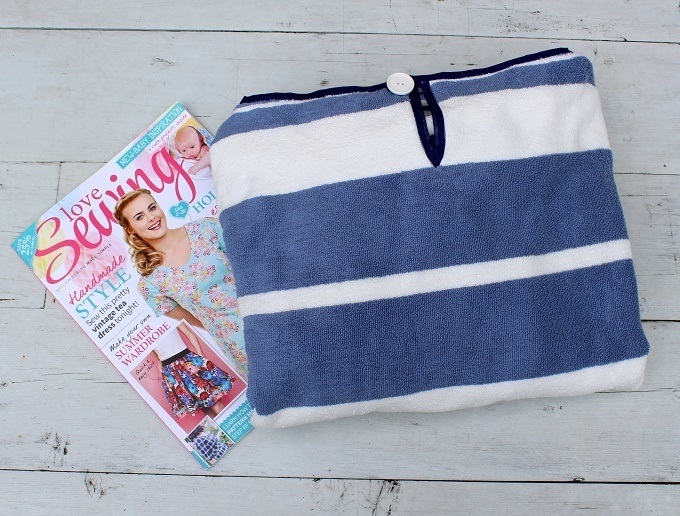 I just had to, couldn’t be quiet and cool about it could I? Oh no, just had to mention it, pin it and tweet it to the whole world.

I have a new feature in love sewing magazine issue 15…!

Well I would not want you to miss it now would I? 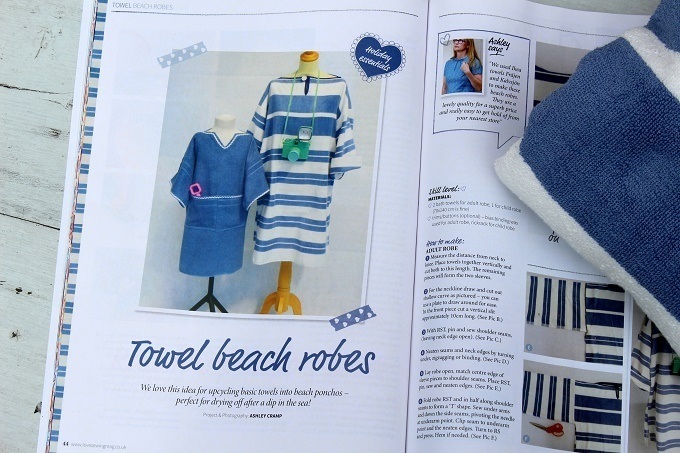 A list of behind behind the scenes secrets:
1.It was devised and photographed way beck in the depths of winter, hence the photography is a little too dark for my liking.

2. I could not find a bucket and spade anywhere at that time of year. I had to buy one, the bucket is now hanging on the line as my pegbag and the spade is a pooper-scooper (nice!)

The pocket on the baby version is not as crooked as it looks in the pic.

3. We have lots of these robes I have been sewing them for years, I dye old towels when they have faded, I cant bear to throw them out.

4. The other half simply lives in his. After his post work evening shower, he will be found sipping something chilled in the garden wearing his favourite one. A favourite one that is falling apart but I cannot get it off him to cut it up for rags!! 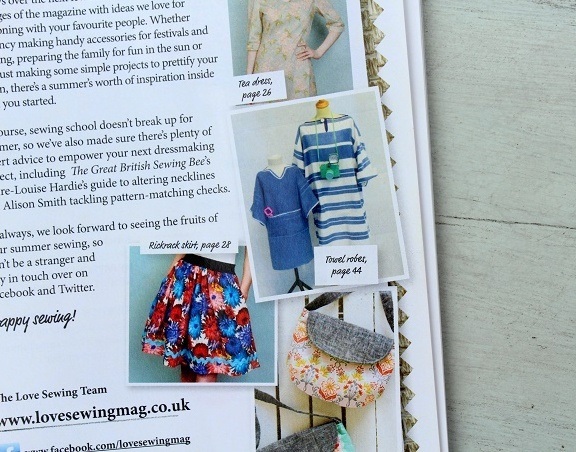 Have a fab Sunday, are you sewing today?

I'd so appreciate you sharing this post!
TAGS:in the pressUncategorized

Extolling the virtues of McCall’s sewing pattern 3341 a beginners dream!