What a difference a duvet cover makes…

The story behind the story: 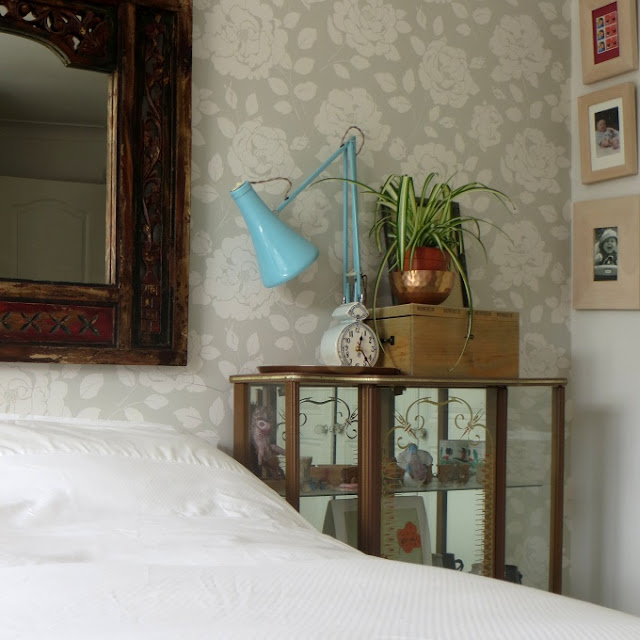 I rarely write about or photograph our bedroom, simply because it is an undecorated mess!
From previous experience with our other houses, I have noted our bedroom is always the last to be decorated. The first is always the kids room with the second usually being the Kitchen or lounge closely followed by the spare rooms. Is it the same in your house? Here are some before pics… 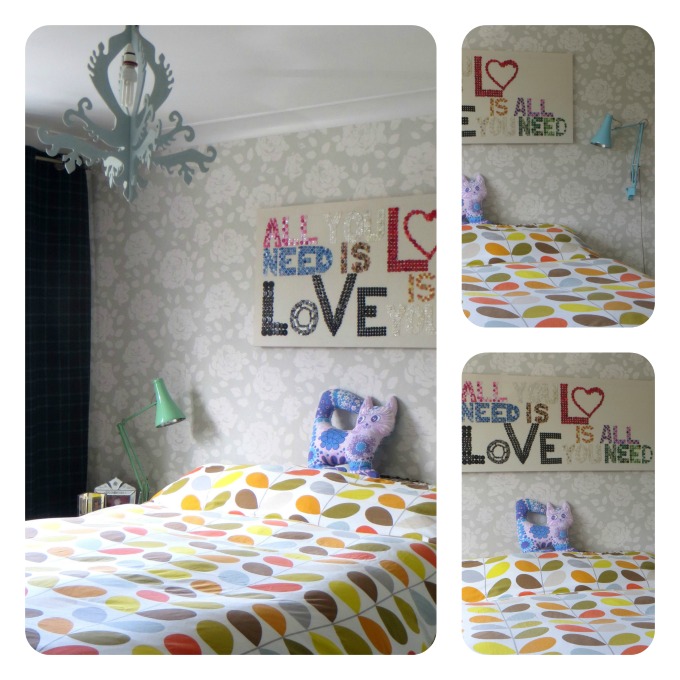 Now as much as I love our colourful room, it is tired, it needs a revamp. The wallpaper is Cath Kidston from over 8 years ago, that Orla duvet cover was a tkmax bargain, also a few years old.
Even the button picture takes pride of place as my longest ever unfinished work in progress (six years and counting)
Our bedroom is also without a carpet (taken up to put in light fixtures, in the kitchen below) we have been carpetless, for a couple of years, rugs have sufficed.
Sometimes I prefer to have nothing rather than compensate with second best. I prefer to save for something I really want.
How happy was I?  to be contacted by Yorkshire Linens who very generously asked if I would be interested in a duvet cover from their fabulous range of bedding. Of course I jumped at the chance (wouldn’t you?) and chose this one Belledorm Egyptian cotton in white. 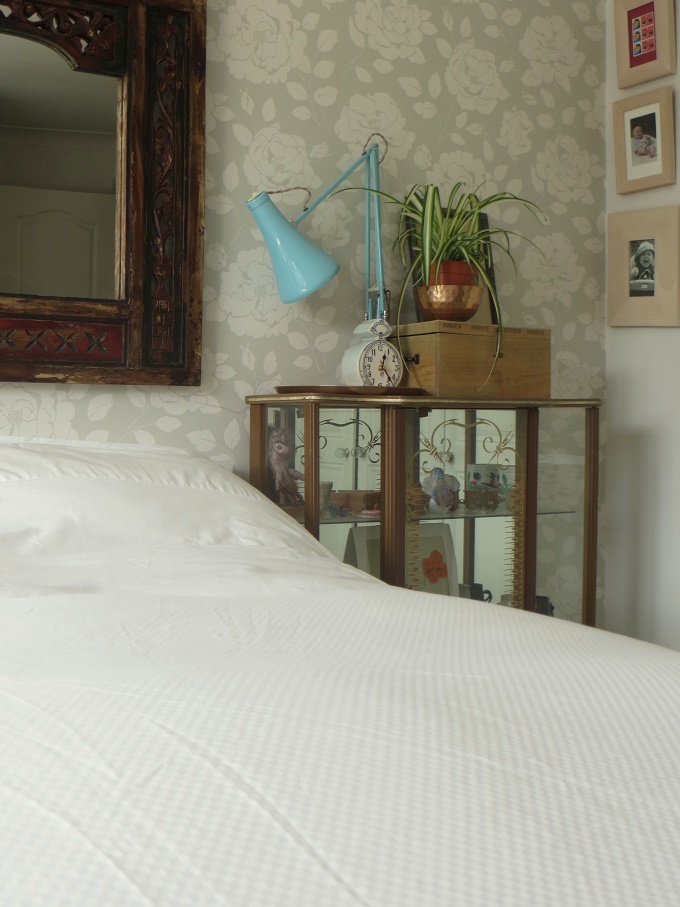 Well I had to move the bedroom furniture around and pretend we had re-decorated! A mini make-over ensued. 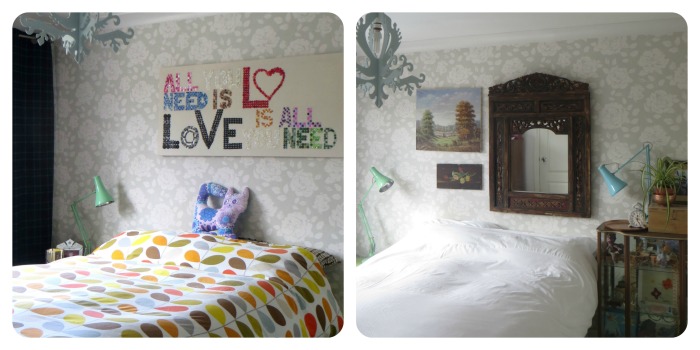 This duvet cover and pillow cases I chose are to die for, the quality is 100% pure Egyptian cotton with a 200 thread count! On top of that it feels like we were sleeping in an hotel, I almost forgot where I was upon waking yesterday! 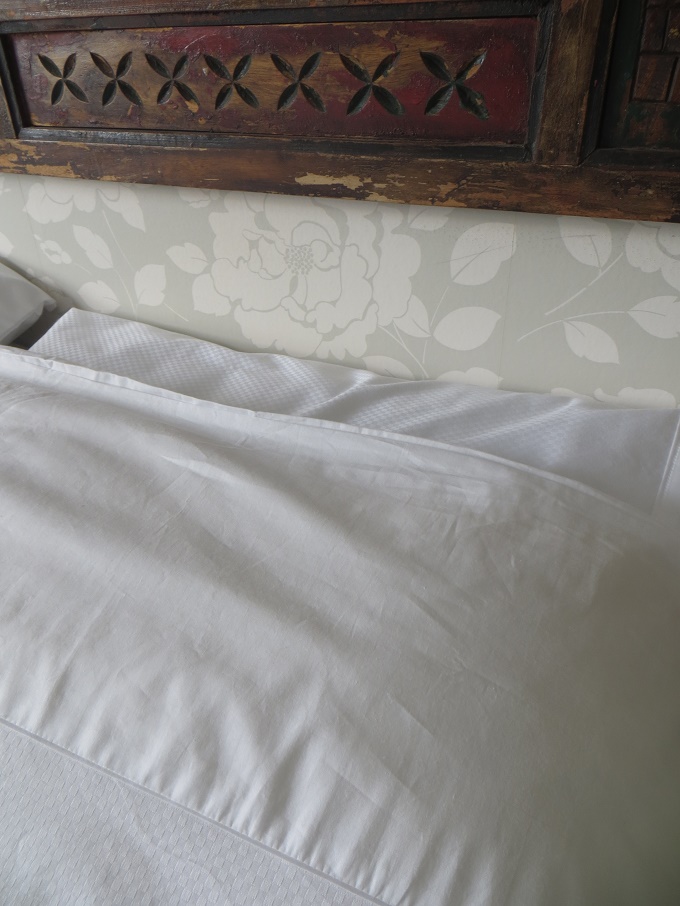 So a big thank you to Yorkshire Linens for not only a good nights sleep but for also inspiring  a mini bedroom make-over. 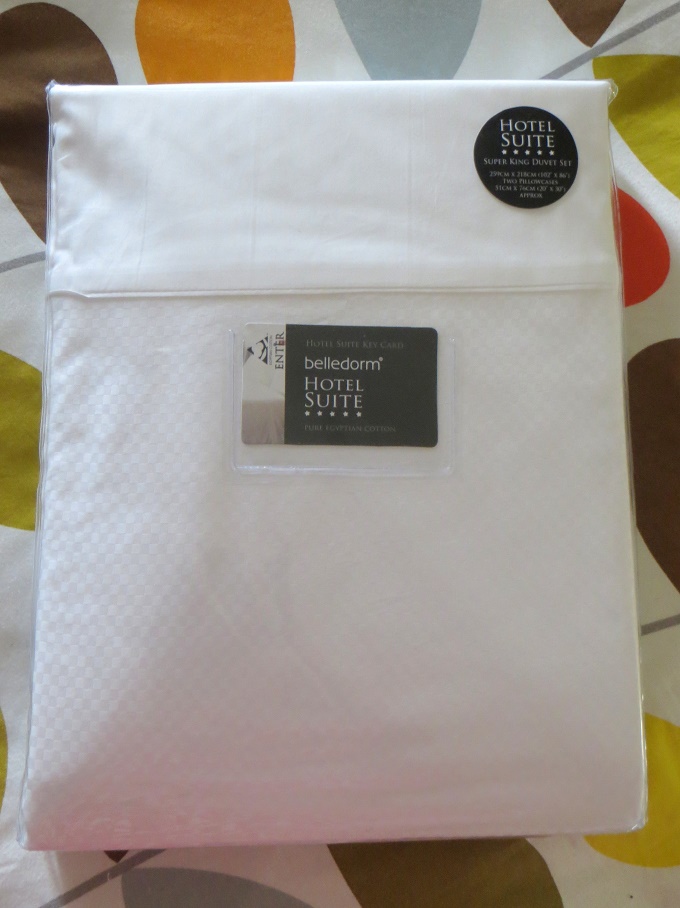 Ps . I was supplied with the duvet set free of charge but the opinions are all mine.

3 Top Tips How to display House plants at Home

Bringing the outside in, a book review: Inspire by Willow Crossley

Six on Saturday: our house.

Our spare room, my feature in June Reloved Magazine.