A hotch-potch blouse idea….Part One 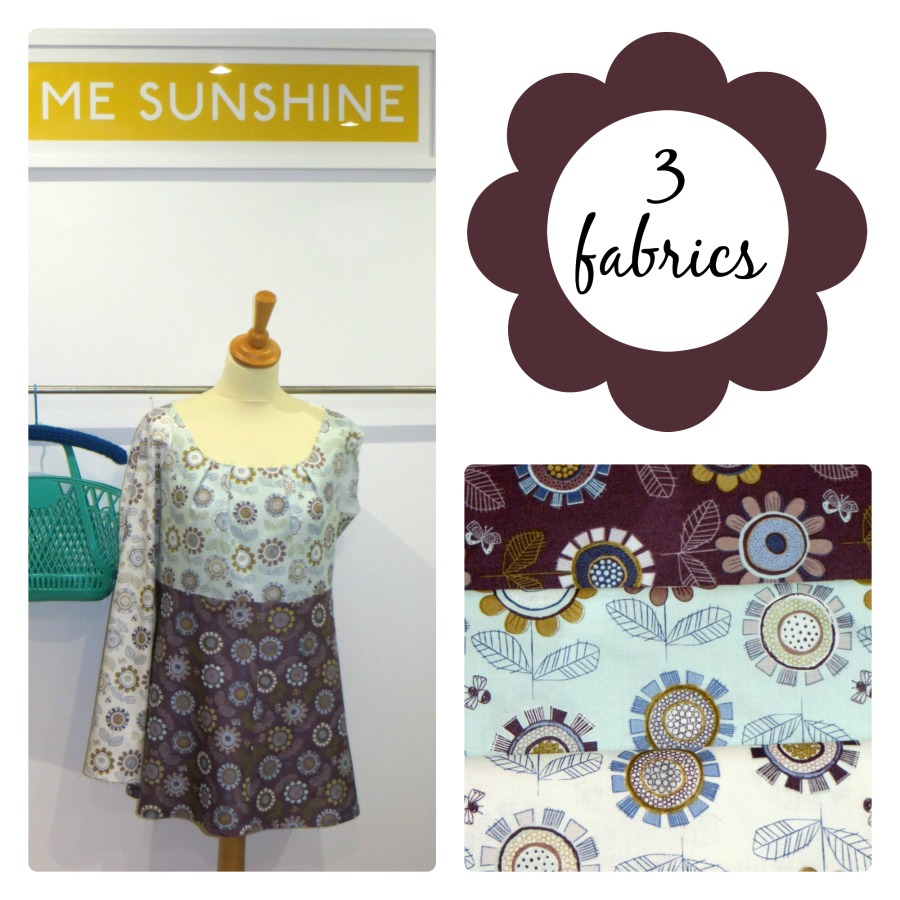 Don’t you just love it when someone has an idea for you and suddenly your imagination grows wings and takes flight, just because of someone elses little idea…?

Well it happened to me…..I will reveal the root of the idea at a later date, but this is what resulted…

For sometime I have been admiring Boden clothings hotch potch tops and dresses, 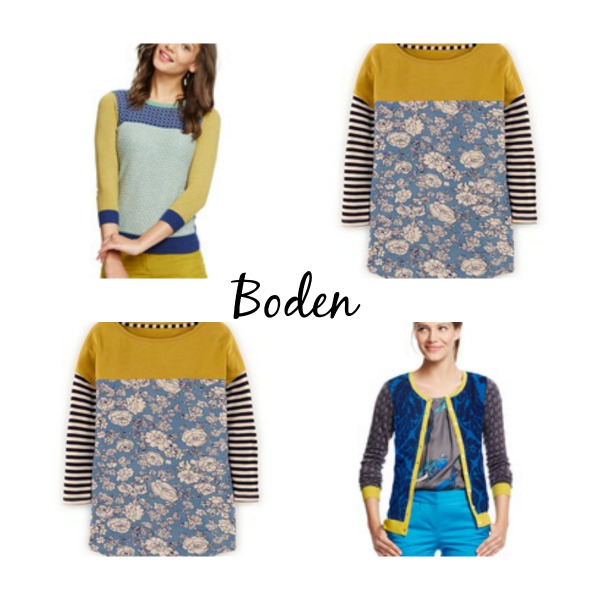 White stuff do this too, mixing and matching prints and colours. 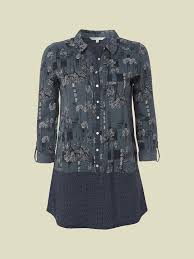 The idea of using up scraps of leftovers, in the most delicious way, in order to make something eye catching. Or using one print in different colourways to make one unusual garment.

I had plans, ideas were bursting out of my head…a visit to the fabric shop was overdue.

I already had the pattern with the perfect panels and shape. I have had this pattern for some time now, I made a dress that did not suit me, and promptly gave it to the charity shop,

It sold quickly!! (I kept an eye on it, it was my baby after all)

Then having filed the pattern away under ‘not for me’ I forgot all about it.

Burda patterns are strange, they are not best for beginners (in my opinion,)

Burda assume that everyone knows at least the basics of sewing a pattern. If I am teaching I assume the opposite, until informed.

This pattern is marked as easy, BUT it has a zip, pleats, bias binding and optional sleeves!

The pattern does not have notches, just tiny lines, so it is very easy (if a beginner) to get your sleeves on back to front, or cut two sleeves out for the same arm.

Any how…this was the option I was interested in for my “hotch-potch” idea: 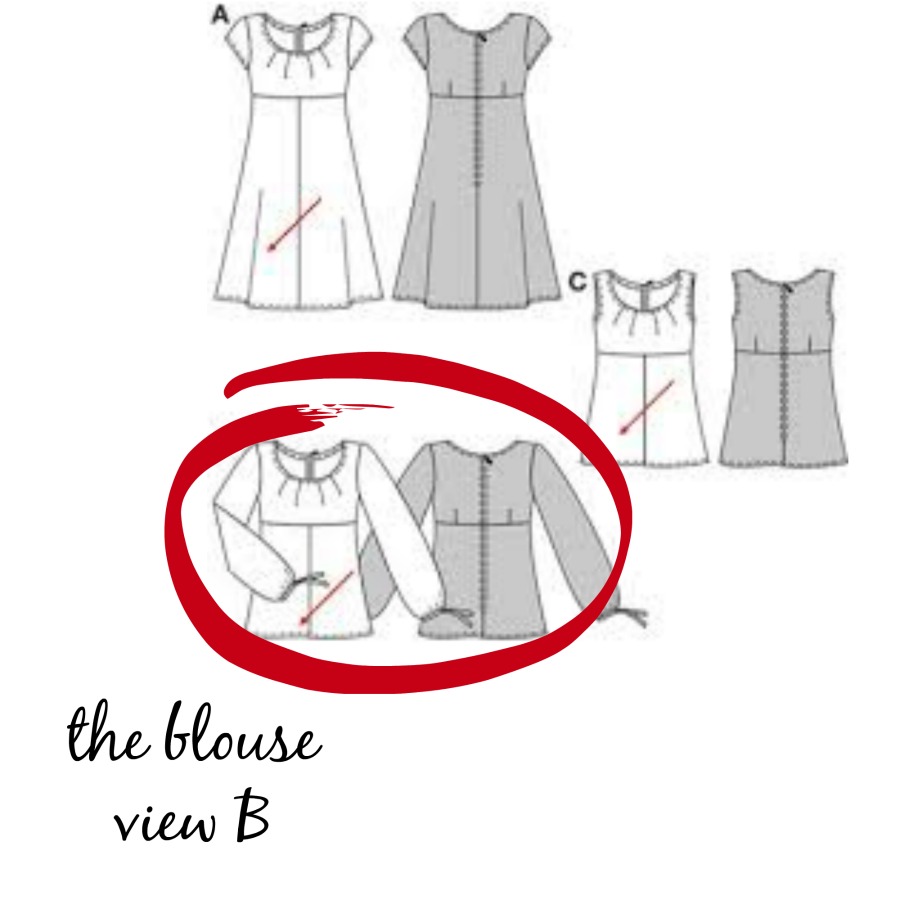 I chose my fabric, 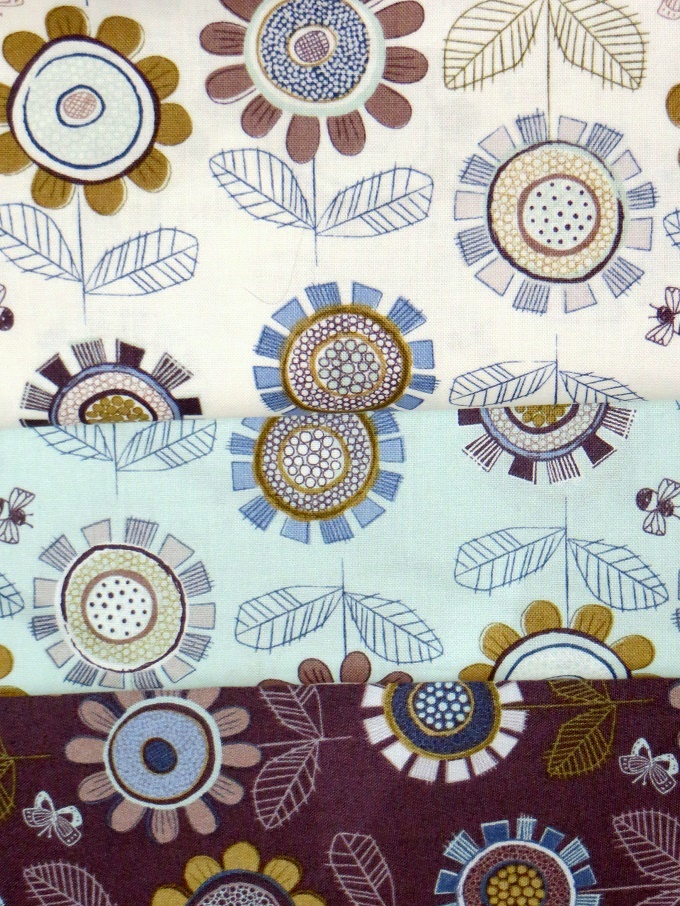 One print in three colourways, the fabric is 100% cotton by ‘Lewis and Irene’ it is called ‘Honey Meadows’

I was drawn to the colours; not too summery, not too wintery, just cheerful and subtle.

Look at the little bee and butterfly motifs….soo cute, talk about a Sewing Bee? 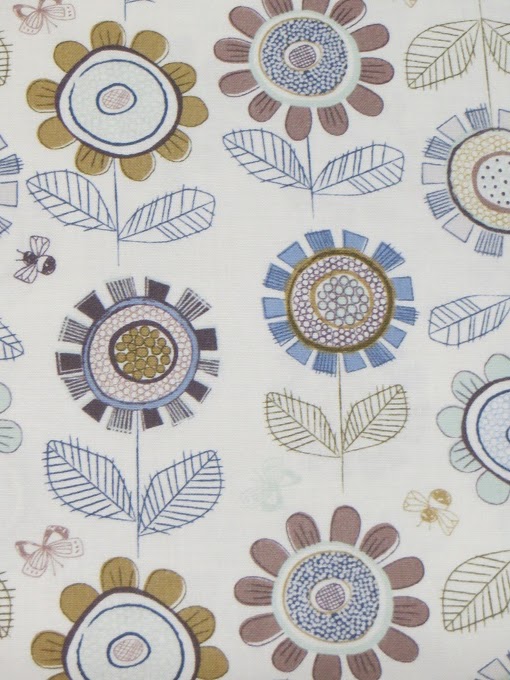 Late on Saturday night I began….. 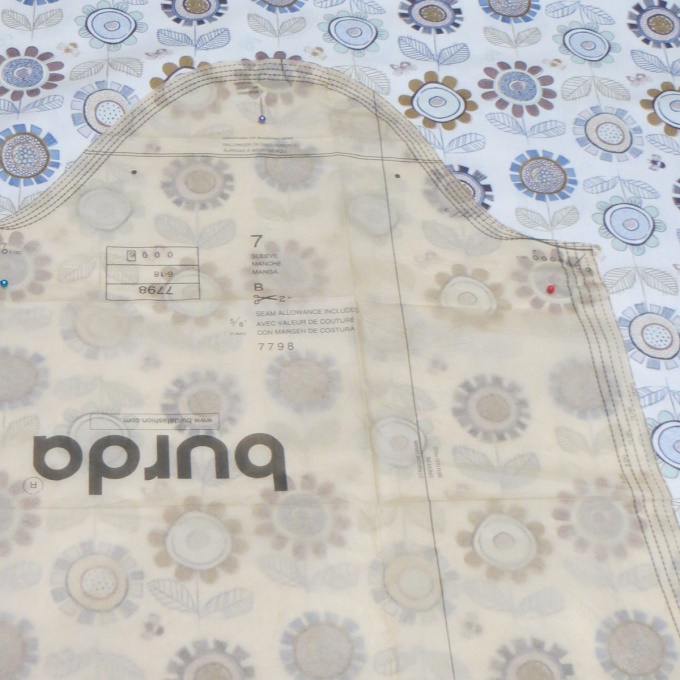 I roughly pinned the pieces together to see if it would work…. 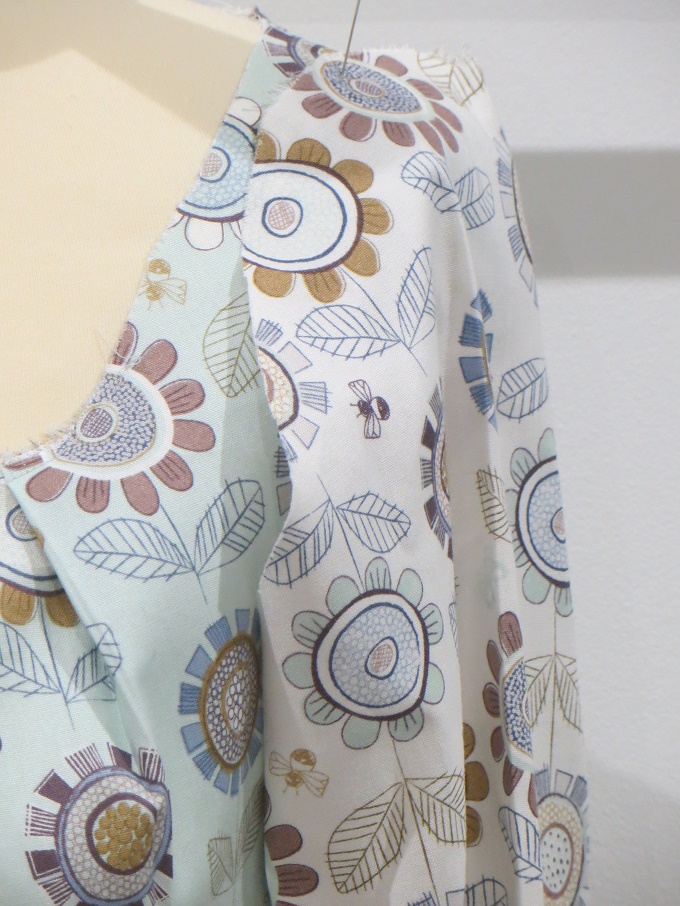 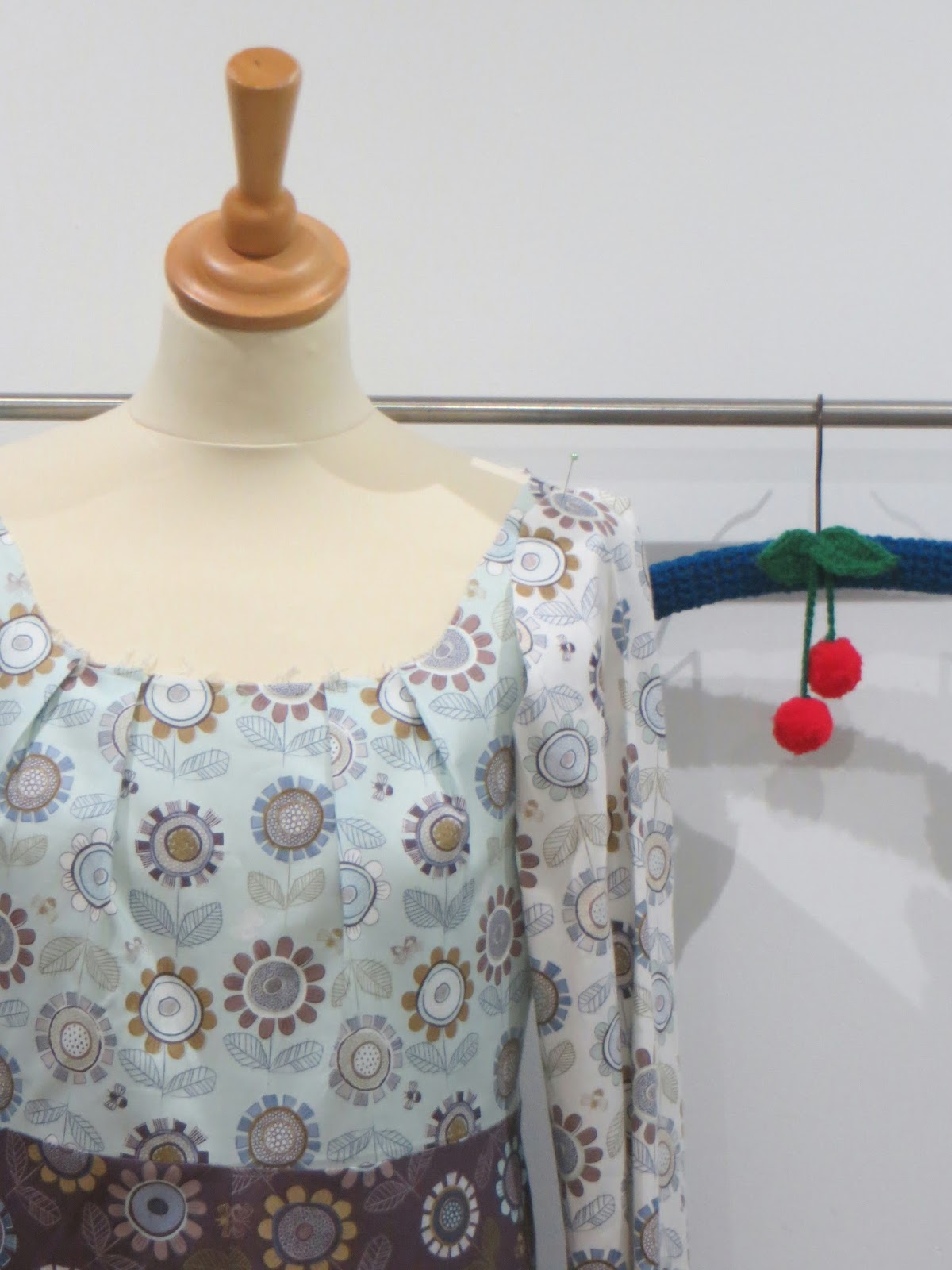 This is where I am at the moment, 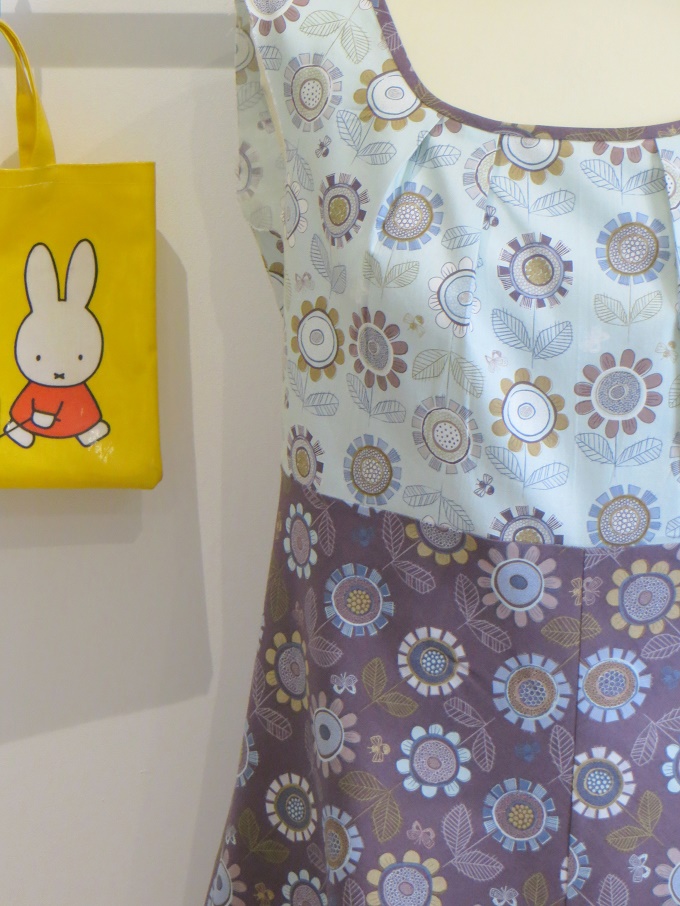 so bring me sunshine….at the weekend 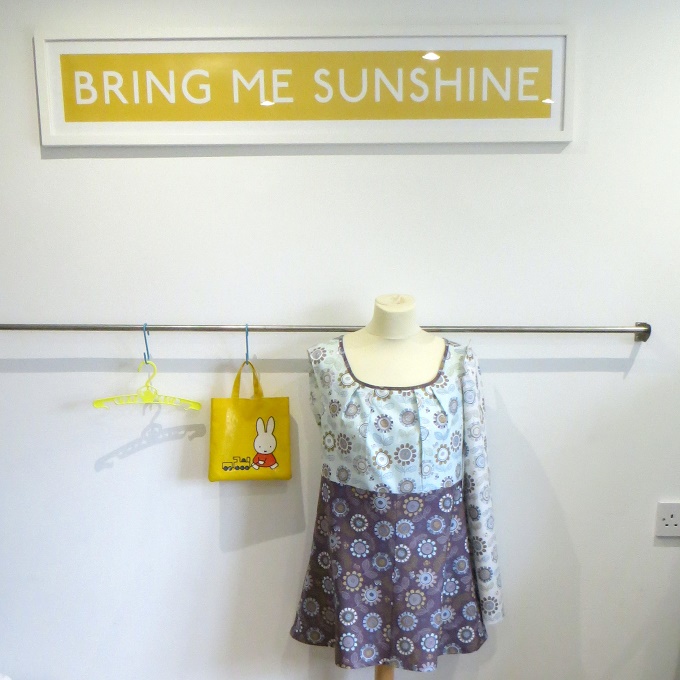 and I may finish and even wear it…..watch this space…?

Bestest (hopeful) sunshine wishes to you all Planning to sew, a toast influence.

Please help me choose the fabric for my vintage basket?